All INTERSPORT Rent locations at a glance

Andorra: ski holidays in the Pyrenees

Small but mighty impressive! There's no better way to describe the winter sports resorts in the microstate of Andorra. Skiing in Andorra hasn't been on your radar yet? Then it's time for you to take a closer look at the little-known state between France and Spain!

The principality in the eastern Pyrenees is considered a secret tip among winter sports enthusiasts. And with good reason: Andorra is extremely mountainous. No fewer than 65 of the country's peaks reach heights of over 2,000 metres. In addition, more than a third of the country's regions are located above the tree line. A paradise for action-packed winter fun!

Both beginners and advanced skiers will find ideal conditions in Andorra. The perfectly groomed ski runs of the country are among the most modern in the world. And Andorra also has a lot to offer if you want to live it up in the backcountry. No wonder that the small state in the Pyrenees, with its spectacular powder-snow descents, is high on the holiday wish list of many freeride skiers and snowboarders.

Tip: Freeskiing, carving or cross-country skiing – between the end of November and April, you'll find plenty of snow for your favourite sports in Andorra. Sometimes the season even lasts well into May.

Renting equipment in Andorra: From freeskis to the right helmet, the INTERSPORT Rent experts on site will equip you with the best rental gear for your winter adventures in Andorra.

Your INTERSPORT Rent shops in Andorra

Your winter sports equipment does not fit into your luggage? You want to use your time in Andorra to switch from skiing to snowboarding? Maybe you still need helmets for your little ones.

At the INTERSPORT Rent shops on site, you'll be able to choose from the full range of winter sports equipment. Additionally, you'll receive great advice and valuable tips for skiing in Andorra!

More about the ski resorts

Which ski resort should you visit this time? When it comes to Andorra, it won't take you very long to make a decision. In the microstate between Spain and France, there are only two large ski resorts – Grandvalira and Vallnord. But these two resorts really have it all! Divided into different sectors, the two ski areas offer a wide range of slopes for all skill levels. You will find lovingly designed kids parks as well as easy beginner slopes and more demanding runs for advanced skiers. 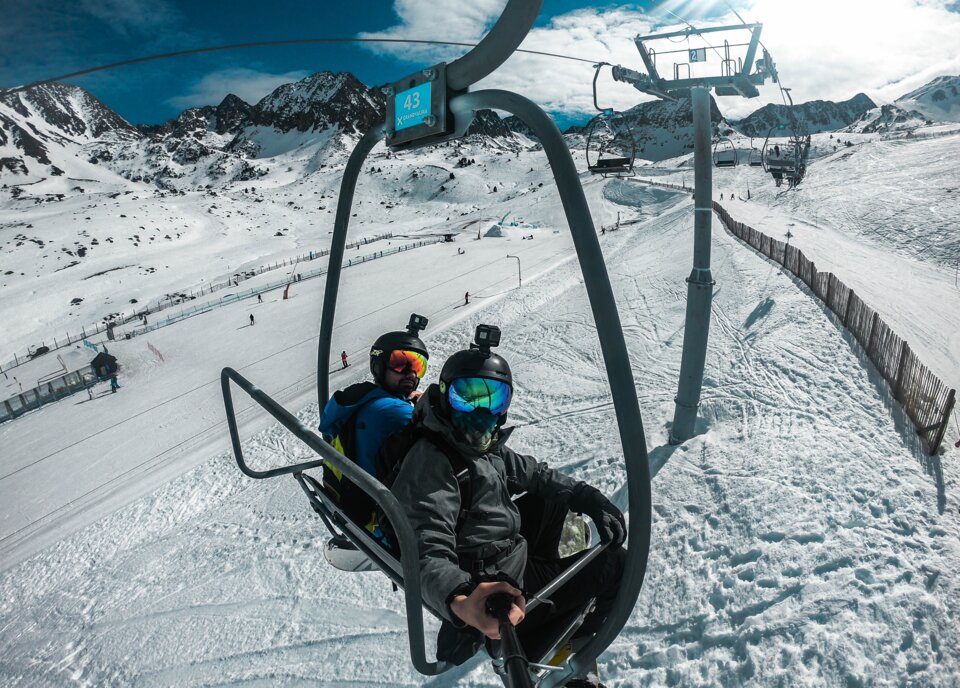 The two ski resorts in Andorra in a nutshell:

Sounds great? You can find more information about skiing in Andorra on visitandorra.com.

Skiing in Andorra is right for you if ...

... you appreciate perfectly groomed slopes and a state-of-the-art infrastructure.

... you would like to discover this secret tip among freeride skiers and snowboarders.

... you value quality over quantity, and two large ski resorts are more than enough for you.

... you want to experience a winter holiday full of Spanish soulfulness and French flair. 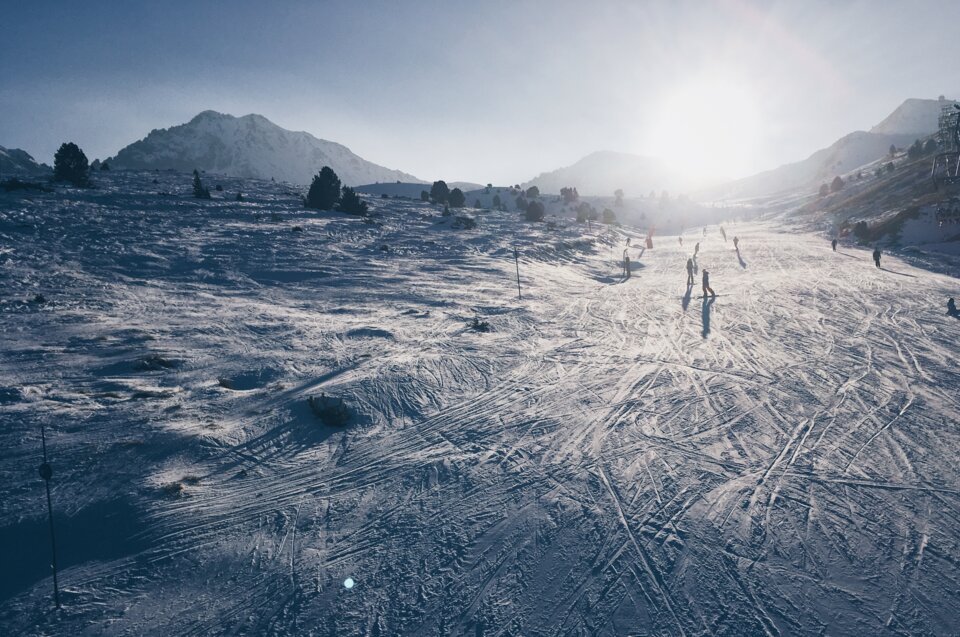 INTERSPORT Rent shops in the cities